In creating this blog, I hope to share with other like-minded people my interest in observing and intuiting earth changes, such as earthquakes and other natural activity, before they may occur.
Instead of using the words prophecy, prediction and/or pre-empting, I tend to use the word ‘feeling’ or ‘feelings’ to describe the inklings I get regarding potential earthquakes and other earthly events.
Since I was a small child my intuition and feelings prior to numerous earthly ‘events’ were confirmed as time passed. Now, I am not always correct. I am no great wise one with infinite abilities to foresee events.
I hope to post interesting links, Youtube videos and my own observations/feelings regarding earthquakes, volcanoes and such.
One thing I'd like to add here, is that I am aware that some earthquake and other natural events can adversely affect many people and their communities. So whatever I add to this blog is not for reasons of sensationalism or for satisfaction of confirmation of any 'feelings' I may have about events. I always am considerate and empathetic to/of the impact of such things.
Please feel free to send me links of interest or comment on my own content.
So, those of you who find my blog, I hope you enjoy visiting here. 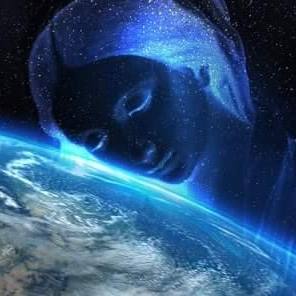 For those folks who are interested in any forum posts I do, I am still posting every few days on Weatherzone - Earthquakes and am now starting to post every few days on Ski.com.au
I am "Duckweather" on both sites. On AusWeatherForum I am "Duck".

So, my visits here may be intermittent for the time being.

Cheers, Duck.
Posted by Louise Page at 9:52 AM No comments: 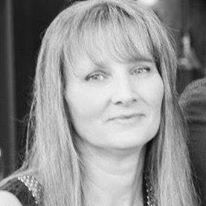 Over the last few years, I have been a prolific poster on Weatherzone Australia - General Science - Earthquake forum. This great forum amassed [to date] over 3.27 million views. Sadly the forum is closing on the 29th July 2019. It was a vibrant community and will be dearly missed by the wonderful posting folks and followers there.

So I am in the process of perhaps revamping this blog, which I thought I had accidentally deleted some time ago. But to my surprise, it is still here! So, I will be making changes here and there to this blog and maybe using this as my go to site for my fellow EQ nerds and treasured followers of my perspectives on earthquake activity and precursors.

Welcome to new 'followers' or interested folks of me, Duckweather from Weatherzone forums. 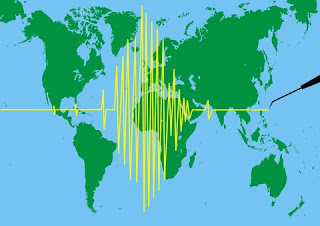 Posted by Louise Page at 1:28 PM No comments:

Here is a pieced together image (of 3 images) of the supercell on 10/10/2015 in Melbourne outer eastern region, as seen from Wantirna.

Posted by Louise Page at 5:38 PM No comments: 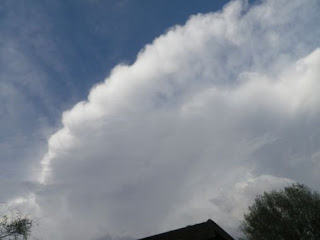 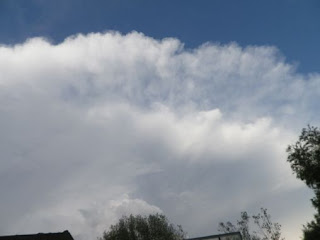 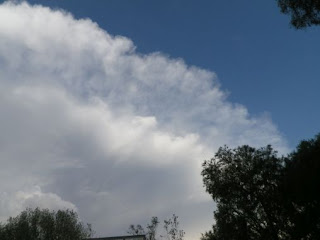 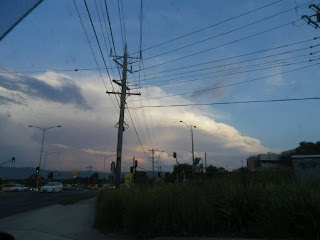 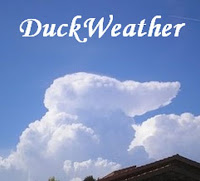 I haven't been  posting here for a while, but have been 'active' over on WeatherZone Australia - General Science  on a daily basis.

In the side bar (to the right on my blog), is a slideshow of the 'time-line' of behaviour of the Louisiana Sinkhole. This has been a sad situation which I have followed for a while now. It's quite creepy how stealthily this sinkhole has spread and has seemingly forever changed the lives of the folks who used to call it home - where their roots are and personal histories. Some disasters see peoples displaced temporarily, with many able to return to rebuild a semblance of their original lives. But this appears to be one where such a displacement will be permanent. My thoughts to those who have lost hope for their homes and future there.

So much has been happening in the world, with Fukushima, new islands emerging in the seas, earthquakes, volcanic eruptions and so on. Sometimes it feels like it's a challenge to keep up with.

Anyway, for now and with wishes for peace and safety to/for all,

Posted by Louise Page at 9:58 AM No comments:

Weatherzone - General Science - Earthquakes  is an active Australian forum which chats about earthquakes and tremor activity in Oz and around the world. The views on this great forum have really taken off in the last few months. Currently we have amassed 110195 views and counting.
If you want to join our vibrant conversations there, just sign up and add your ideas and comments there.
This is one of my favourite sites and there are many very knowledgeable individuals there on many subjects.
I have been a member there for a short time compared to many others and have no financial interests in this site, but it is the one I am very happy to be a member of.

As far as my blog here goes, I will keep putting up my notes on quakes/tremors and other links to stories from other sites each month. Though I am busy with writing my latest book (Autism Spectrum), I will be continuing my attention to this blog and the forum.


For the rest of July, these notes will be different to my past long per-country detail. Some of my feelings for regions below will note if I feel that an ‘issue’ may be during and/or beyond July 2013.

Water;
I get a feeling that sea water will travel up a river/inland, with the current evident in the way it sweeps past the pylons of a bridge. This may only be a normal tidal event or a situation where there has been a driving force behind such different to normal expected happenings. Not an epic disaster.

In my June postings, I mentioned I was particularly ‘stuck’ on water being a major feature for that month, and sadly there were many events involving flooding waters from huge rain events, landslides and so on. Some areas experienced more than their usual rainfall amounts and others were hit with unusual weather events.

Sea-life strandings/beachings occurred in many parts of the world, including here in Australia. There were some water-wildlife happenings involving poisonings of the creatures, waters and many deaths in some cases. Very sad. I sometimes wonder if the beachings are due to some creatures avoiding or moving away from sea events or disorientated or disturbed sonar abilities, due to changed geomagnetic signals/signs given off via quakes and other natural shifts in the ocean? I also feel that when we sometimes try to send beached animals back out to sea, we may be sending them back into an environment or event they were trying to avoid/escape in the first place...just a thought. Maybe this is why some creatures re-beach themselves.

I get a feeling that there is pressure emanating from the south of the Himalayas, in a northward momentum. There have been some EQ’s associated with and either side of the Himalayas in June, and I feel this may continue. Some time in 2013, there may be a sizable EQ in this region.

There may be increased land deformation due to volcanic activity; some raised volcanic domes (in ‘normally’ restful volcanoes); land fissures in some places in response to fault line stresses; some more landslides involving rock falls or partial mountain side slip, maybe causing mudflows too.

I still can’t get past the feeling of a possible under-sea volcano or sea-floor rupture causing a visual disturbance of the sea surface (e.g. pumice float, maybe altering temporarily the temperature of the surrounding waters). This may include a sea-level disturbance and currents of sorts. This may not happen in July, but maybe sometime in the near future. This may be in the Pacific or the Atlantic, but I also feel that the Indian Ocean may experience some more plate movement too.

More sonic booms associated with fault line stresses may be heard in July (and obviously beyond July). It appeared that one of Melbourne, Australia’s possible fault line ends (?) did just this recently. Thought tremor associated with it was small, the sound was quite a dramatic experience for the folks there. The sound was heard as being like an explosion for miles around. The United States may continue to experience such sounds (rather obvious really) in relation to situations like the Bayou Corne situation, which sadly for the folks there is proving to be a real problem. The San Andreas and its associated fault lines will continue to show movements here and there. One region which stands out to me as potentially experiencing a moderate tremor is off shore of Eureka.

Central America, may experience a sizable tremor near the shore, Pacific side.

There are many regions which may experience M4+ tremors and the ones which particularly stand out to me as maybe experiencing such could be, the Mediterranean (maybe Italy and Greece/Crete), Japan, the top half of the western coastline of South America, SW China, south and SW of Malaysia, Gulf (or west of) Alaska and maybe north Alaska, DR Congo/Tanzania (Africa).
I feel there is an ‘energy’ running through the lower regions (south and SE) of Australia – this feels like it is running from east-to-west and a south-to- north. This may be coming from the Pacific, Bass Strait (below Victoria) and/or the southern Ocean. The north of Australia will continue to feel the movements on the northern reaches of our plate.
This is by no means an extensive list and I will be wrong with some of my feelings. Remember, these notes are just feelings – they are not actual predictions of future events.

Peace and safety to all.

Hi folks.
I have been posting short notes on my EQ 'feelings'/observations on Weatherzone - Earthquakes thread
Here I have been noting some of my feelings, sometimes minutes/hours, before some events occur; discussion/info after they occur and posting interesting articles/info as I find them.
Sometimes I like to note monthly my general feelings about tremors/EQ's and at other times I like to note things on a daily basis. I don't cover all regions in my posts on WZ, as I may do here, but I do mention here and there, the regions (not all) which 'stand out' to me as being possibly where some potential EQ energies may be occurring.

Unfortunately, yesterday (Melbourne, Australia 6/7/13) I was a little stuck on multiple number 7's and the region of San Francisco  (which for some reason, I was being drawn to and zoomed in on on Google maps - looking at/for straight lines/lengths {??roads, bridges}). Something was drawing me to this region. Shockingly, I learnt this morning that a passenger plane had crash- landed at San Francisco airport. Firstly and most importantly, my thoughts and prayers are with those who were affected by this terrible accident and I hope the survivors recover quickly. Secondly, and being realistic here, my thoughts/feelings about "7" and "San Francisco" + "lines" may have just been pure coincidence regarding this incident.

For July here, I will aim to post more of my usual extensive blog notes.

Peace and safety to all.